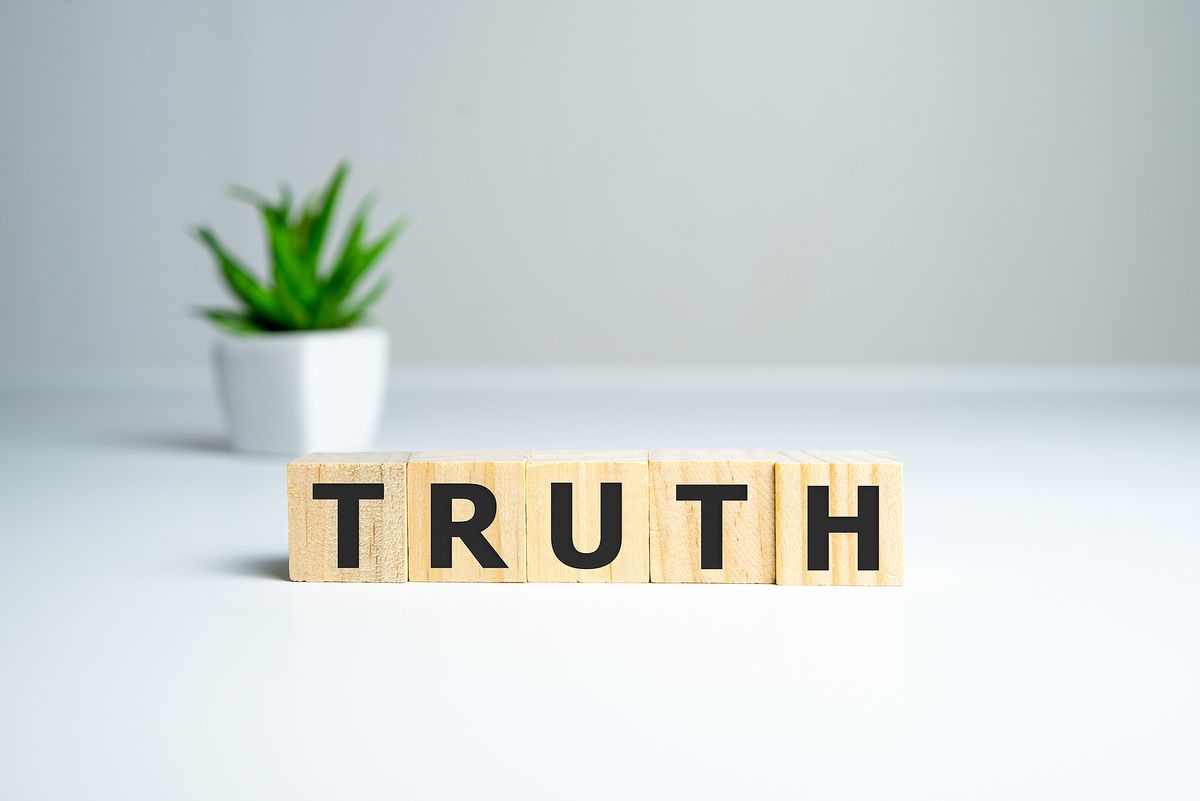 Satya, Sanskrit for truthfulness (or as Stephen Colbert would say, truthiness), is the second of the Yamas. The Yamas being the five restraints described in the Yoga Sutras. Here we are asked to think, speak, and act with integrity, with truth guiding us through our life. For some, this may seem easy enough. Some may even rationalize that their lives are only little white lies, meant to keep the peace or save face.

Though living in truth might be difficult, it is the simpler path as it takes less energy in the long run. Imagine living in a way that you have to continually nurture a lie. A small white lie can snowball into a much larger lie that can wreak havoc down the road. One of my favorite Seinfeld episodes involved one of the main characters, George, faking an involuntary spasm to avoid a long conversation with an old acquaintance. George then creates an elaborate story about the ailment by inventing that an injury caused it. George has to fake the spasm repeatedly on various occasions to keep up the lie. Even to the point of going to a doctor that was recommended by the acquaintance. Of course, this is a fictional show, but I am sure we can all relate to some real-life examples of lies that have caused us headaches of our own.

So, now that we have committed to a life of truthiness, we can wield it like a sword of truth along with a shield of virtue to slay all those around us. Not so fast, Yogi. Remember Ahimsa from last week? Non-violence. Do no harm. Ahimsa keeps us from using Satya as a weapon. We can be true, but we should stay compassionate.

Look, we are all human beings, doing the best we can on this iteration of universal consciousness. As we continue to lead our lives as we incorporate these Yogic principles, we must be compassionate with ourselves. If you foul up, be kind to yourself. Practice catching yourself in the act that you wish to change. Then, with compassion, try to incorporate these principles.

Frank de la Cruz, E-RYT 200â, YACEPâ is a Yoga teacher and writer who lives in Central Florida. Frank began his Yoga journey in 2011 and strongly believes that Yoga is for everyBODY.